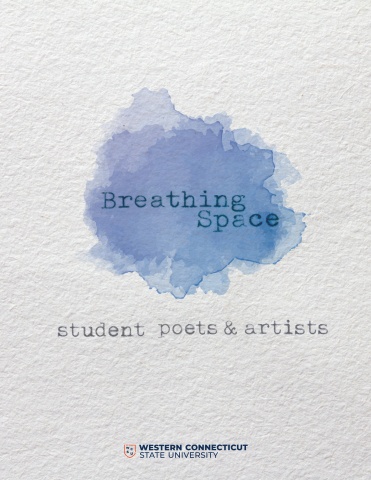 Brian Clements, PhD, is a Professor and the Department Chair. He is author or editor of over a dozen collections of poetry, including, most recently, A Book of Common Rituals (Quale Press) and the New York Times New & Noteworthy anthology Bullets into Bells: Poets & Citizens Respond to Gun Violence (Beacon Press). His 200-day project Every Atom: Reflections on Whitman at 200 collected commentaries from 200 writers at North American Review. He was the founding Coordinator of the MFA in Creative and Professional Writing. Kelli Custer, PhD, is an Associate Professor, First-Year Writing Coordinator, and the Coordinator of the Writing Center. She also works with faculty and students to incorporate writing instruction into classrooms across disciplines. She has served on committees for the International Writing Centers Association and on the Executive Board of the Northwest Writing Centers Association (NEWCA), and hosted the NEWCA Conference at WCSU in 2019. She is a frequent presenter at regional and national conferences on composition, writing program administration, and writing centers. Her research interests include the development of peer tutors’ self-efficacy and changes in writerly confidence. Anthony D’Aries, MFA, is an Assistant Professor and Coordinator of the MFA in Creative and Professional Writing. He is the author of The Language of Men: A Memoir (Hudson Whitman Press, 2012), which received the PEN/New England Discovery Prize and Foreword’s Memoir-of-the-Year Award. His essays have appeared in Boston Magazine, Memoir Magazine, Solstice, The Good Men Project, Shelf Awareness, and The Literary Review. Anthony has served on the board of PEN/New England as a member of the Freedom-to-Write Committee, leading writing workshops in prisons, shelters, hospitals, and residential care facilities, and co-chairing the inaugural PEN Writing and Trauma Conference. In 2016, he was the Lighthouse Writers Workshop’s Fort Lyon writer in residence, where he taught writing workshops for homeless veterans. Oscar De Los Santos, PhD, is a Professor and the author of Hardboiled Egg (short stories) and Spirits of Texas and New England (folklore stories), and the editor of Madame Luna and other Moon stories.  Oscar’s other books include Infinite Wonderlands (short stories, with David G. Mead) and When Genres Collide (essays, with Thomas J. Morrissey).  His essays and stories have appeared in New York Review of Science Fiction, Extrapolation, Connecticut Review, and Saranac Review.  His novel, Before Celia, is forthcoming. Prof. Bonnie Denmark is Assistant Professor and Coordinator of the Business/Technical Writing Option. Prior to joining WCSU full-time, she was Senior Writer and Editor at award-winning health and science media companies, producing video, print, and web-based educational and marketing content. She began her career in the tech field as a computational linguist, overseeing linguistic and human factors aspects of software design. She has worked internationally as an educator, writer, editor, literacy specialist, and multimedia curriculum developer with special attention to accessibility issues. Edward A. Hagan, PhD, a CSU Professor, has focused his recent scholarship on contemporary Irish and American fiction and essay writing. He is particularly interested in what literary trends tell us about contemporary consciousness. He has just completed a book on contemporary Irish and Irish-American fiction and memoir; it argues that farce is the contemporary writer’s tool for puncturing the balloon of triviality of contemporary culture. Hagan authored a Fall 2007 article that argues sports metaphors have become so pervasive in contemporary society that they restrict our abilities to think outside the box of winning and losing. His memoir, To Vietnam in Vain: Memoir of an Irish-American Intelligence Advisor, 1969-1970, was published in 2015. John Roche, MFA, an Associate Professor, spent more than two decades as an award-winning journalist, mostly covering the Bronx, where he was born and raised. His debut novel, Bronx Bound, was released last year. Professor Roche immerses himself in the culture of the University, collaborating with other departments on various projects, Including Constitution Day. He teaches a full array of Journalism courses and serves as academic advisor to all of our Writing Majors specializing in Journalism. In 2021, Prof. Roche was recipient of the SGA Faculty of the Year award for the second consecutive year. Louisa Burns-Bisogno is an award-winning screenwriter, director, author, and international media consultant with over 100 on-screen credits and an elected member of the Board of Governors of the National Academy for Television Arts & Sciences. Her movies have been produced on cable TV and on all the major U.S. networks, as well as distributed internationally. Among these are: My Body, My Child with Vanessa Redgrave, Sarah Jessica Parker and Cynthia Nixon; Bridge to Silence, with Marlee Matlin. ‘Bridge’ was honored by Women in Film and the Congressional Committee for the Arts at the Kennedy Center in Washington D.C.

Louisa has trained professional writers in dramatic series techniques in Moscow, Dublin and more recently in Rome. She has written story and scripts for popular American daytime series such as The Young and the Restless, One Life to Live and As the World Turns Louisa was a winner of the National Playwrights Conference at the O’Neill Theatre Center. She has had numerous plays produced including Angels and Infidels which she also directed. Seven of Louisa’s plays have been presented by the New York Chapter of the National Academy of Television Arts and Sciences for staged readings.

A former council-member of the Writers Guild of America East, Louisa is active on the WGAE Digital Caucus. She is a professor of playwriting, screenwriting and webisode development at Western Connecticut State University.

Louisa’s most recent work, the co-authored The Night John Lennon Died…So Did John Doe, was published in 2015.

Kelly L. Goodridge has taught writing for over a decade at WCSU. She has written for The Ridgefield Press and Lewisboro Ledger and was awarded the Arthur R. Riel, Jr. Freelance Journalism Award at Fairfield University. Kelly’s recent publications include essays in Reel Rebels, SFRA’s When Genres Collide and TV Rebels: People and Programs That Shaped the Medium, Volumes 1 and 2. Forthcoming publications include: “Madame Luna,” which will appear in a short story collection in 2011 and When the Ape-Hawk Strikes: Book One of A Modern Bestiary (a co-authored YA novel). She holds an MFA in Creative Writing from Fairfield University and an MA in English from WCSU. Contact: kellyhasclass@sbcglobal.net

Jeanne I. Lakatos, PhD has coined the semiotic theory of iconic realism. Her foundational book, The Theory of Iconic Realism: Understanding the Arts through Cultural Context, is housed in libraries on five continents. Her doctoral research has focused on this theory, as well as semiotics and sociolinguistics associated with Anglo-Irish, French and American texts. Dr. Lakatos has also published the book, Innovations in Rhetoric in the Writing of Sydney Owenson (Lady Morgan, 1781-1859). Her forthcoming book will concentrate on her semiotic theory of iconic realism and media of the twentieth century. Her research has been published by Edwin Mellen Press and Peter Lang Publisher. Also, she has written for the National Science Teachers Association Journal and the Rocky Mountain Review of Language and Literature. She has written the operetta, Luminescence. She serves on the administration and English teaching teams for the summer International Studies Program at WCSU. Her family name, Lakatos, means “locksmith” in Hungarian, and she hopes that through her life’s work, she has helped to unlock a few minds. James J. Lomuscio has been a journalist for 30 years, writing for Gannett, The New York Times, Connecticut Post, Stamford Advocate and has served as the editor of Westport News, Westport Magazine and WestportNow.com. He is the winner of four first place writing wards, three from the New England Press Association and one from the Society of Professional Journalists. His book, Village of the Dammed: The Fight for Open Space and the Flooding of a Connecticut Town,was a finalist for the 2006 Connecticut Book Award in Nonfiction, and he is the author of the McGraw Hill textbook, Writing with Your Head and Your Heart: Balancing Logic and Emotion to Create Powerful Nonfiction. Hunter Liguore, MFA, is a long-time naturalist and activist, she has written on a variety of topics that promote compassionate awareness towards the environment, indigenous rights, and endangered species. A three-time Pushcart-Prize nominee (including 2017), her work has appeared in over a hundred publications worldwide, including: Orion Magazine, Anthropology and Humanism, Bellevue Literary Review, Irish Times, The Mindfulness Bell, Writer’s Chronicle, The Writer Magazine, Great Plains Quarterly, Writer’s Digest Poetry Market, and many more. She was the first place recipient of the 2015 Ethnographic Fiction competition sponsored by the American Anthropological Association. She is also the editor-in-chief of the literary journal American Athenaeum. Her eco-fiction novel, Silent Winter, is forthcoming from Harvard Square Editions. Her work is represented by Regal Hoffman & Associates. Professor Liguore teaches several courses, including a course on the writing life of J.R.R. Tolkien, and has designed and launched “The Writing Garden,” which features some of the work of Western’s students.  www.hunterliguore.org